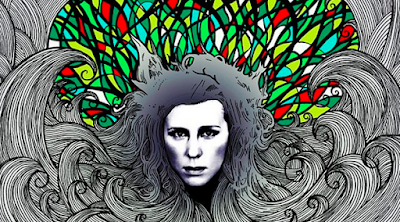 "Good eventide, earbandits. You are invited on a journey of shelf discovery, as you take a trip to Wunderland - the Poundland of magical realms. It’s a kingdom much like our own, yet also nothing like it in the slightest" Alice's Wunderland is a Comedy sketch show written and performed by Alice Lowe, narrated by Marcia Warren
I 1st became aware of this funny and magical series via Bob Fischer's Haunted Generation.
Bob interviewed Alice Lowe and in the interview Bob asked Alice about his favorite episode of Wunderland. "Can I ask about your radio show, Alice’s Wunderland? There’s one episode in particular that I love, and it ties in with lots of things that we’ve talked about. It’s the episode with the ghost of a child who has died in 1977. And everything is in there: there are Public Information Films, creepy school assembly songs, pantomime dames… was that episode a nice way of chucking all of your favourite scary 1970s things in there?" (Bob Fischer Haunted Generation)
The whole series is really wonderful and a joy, but this episode (Series 3 episode 2) really is spot on with its 70s public information references, Panto Dames as Police Men, creepy things. A Child Ghost who died in the 70s after being killed by a speeding icecream van and also getting his PE bag tangled in a drunken moped belonging to a stranger who handed him a hot sparkler which he touched without gloves, then in hospital threw a frizzbee to his friend which went into the pathway of oncoming cows. Then he got squeshed. Trapped in time with the same haircut the Child Ghost enlists Alice to help him solve his murder. Lots of fantastic nods to many other series "Oh for a kind lady with a Scandinavian  accent and forensic pullover".  Very funny and superbly written.
All episodes available on the iPlayer
Interview with Alice Lowe (Velvet Onion 2012) 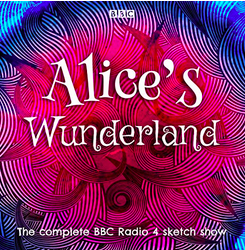